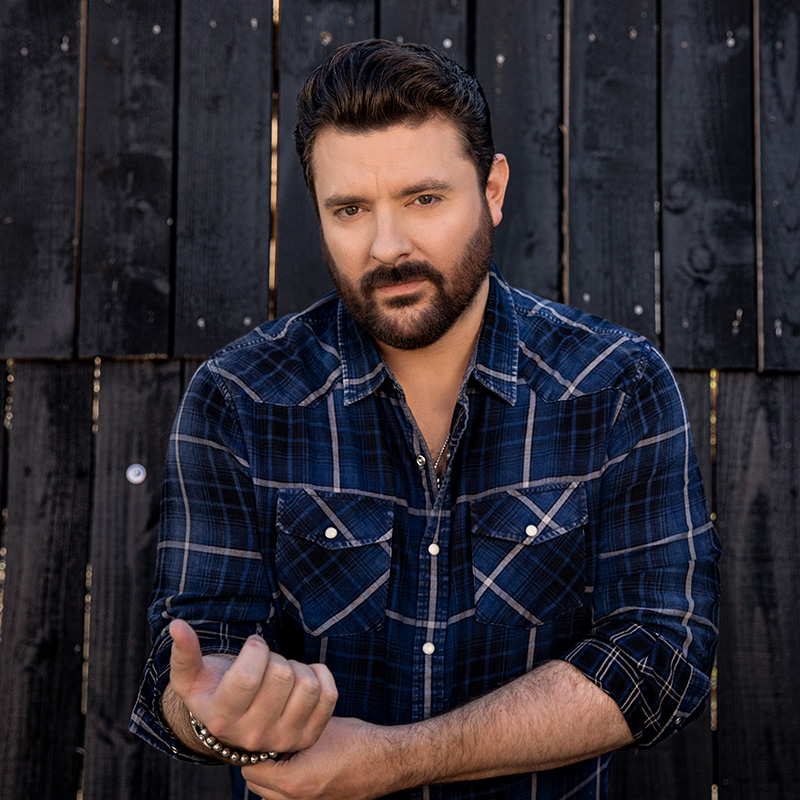 Chris Young has accumulated an impressive list of accomplishments, including membership in the iconic Grand Ole Opry, nearly 5 Billion on-demand streams, 13 Million singles sold, 12 career No. 1 singles, 22 R.I.A.A. Gold/Platinum/Multi-Platinum certified projects and numerous ACM, AMA, CMA and Grammy nominations, as well as wins for Performance of the Year and Collaborative Video of the Year at the CMT Music Awards. These accomplishments and more landed him in the Top 20 of Billboard’s top country artists of the decade.

“Famous Friends,” – Chris’s platinum-certified, multi-week chart-topping song with Kane Brown – is the title track to his “most personal album to date” (Forbes). The song earned the top spot on Billboard’s year-end Country Airplay Songs chart for 2021. In addition, the “booming duet” (Tennessean) “At The End Of A Bar” with Mitchell Tenpenny is Chris’s newest single from his 8th studio album, Famous Friends. His Famous Friends (Deluxe Edition), which features six new sides including collabs with Old Dominion and Jimmie Allen, will release on June 3.

Named “one of his era’s finest traditionalists” by the Associated Press, Chris is an international ambassador for country music, performing to capacity crowds around the world. With a hit-packed set that highlights his twelve chart-toppers — including back-to-back No. 1s “Losing Sleep,” “Sober Saturday Night,” “Think Of You,” and “I’m Comin’ Over” — the Grammy and ACM nominated vocalist’s most recent headlining tour played to over 400,000 fans in 3 countries.

“Chris Young has been a mainstay in country music over the last decade and his pure voice matched with his unrivaled storytelling will make for an unforgettable experience,” stated Jim Wise, FireKeepers VP of Marketing. “We are thrilled to add Chris Young to the list of iconic country musicians who have graced the Event Center stage.”